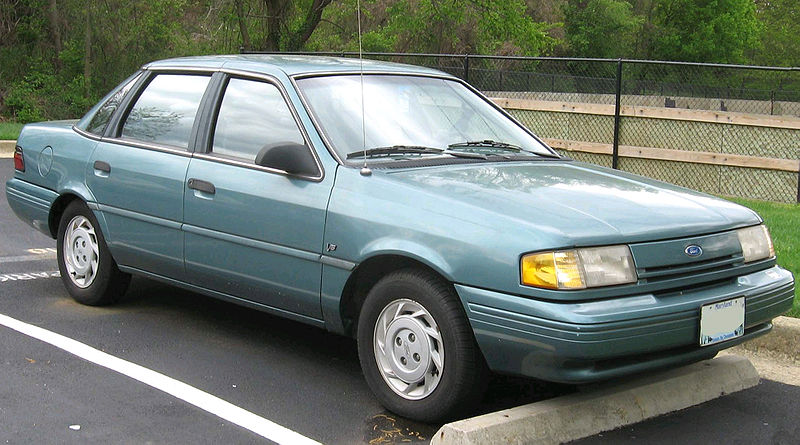 The Ford Tempo and its twin, the Mercury Topaz, are compact cars that were produced by Ford for model years 1984 to 1994. They were downsized successors to the boxy Ford Fairmont and Mercury Zephyr twins. The Tempo and Topaz were part of a rejuvenation plan by Ford to offer more environmentally friendly, fuel efficient, and more modern styled models to compete with the European and Japanese imports. While the car sold well, its innovation and aerodynamic design paved the way for the even more groundbreaking Ford Taurus. The Tempo and Topaz were replaced in 1995 by the "world car platform" Ford Contour and Mercury Mystique, respectively.The design and life of the Tempo began in the late 1970s as Ford was gearing to build towards a more ergonomic, more efficient, and more aerodynamic design philosophy. The new design philosophy rested in part due to the aging Ford Pinto and Ford Maverick, and two oil embargoes which led to a rise in more fuel-efficient import vehicle sales. Taking note of this, Ford set out to revolutionize the automotive industry, and would later lay the groundwork for three revolutionary vehicles: The 1983 Thunderbird (and its Mercury counterpart, the Cougar), the 1984 Tempo (and its Mercury counterpart, the Topaz), and the yet-to be released Taurus (and its Mercury counterpart, the Sable).

We'll send you a quick email when a new Ford Tempo document is added.

Yes! I'd love to be emailed when a new, high quality document is available for my Ford Tempo. My email address is: