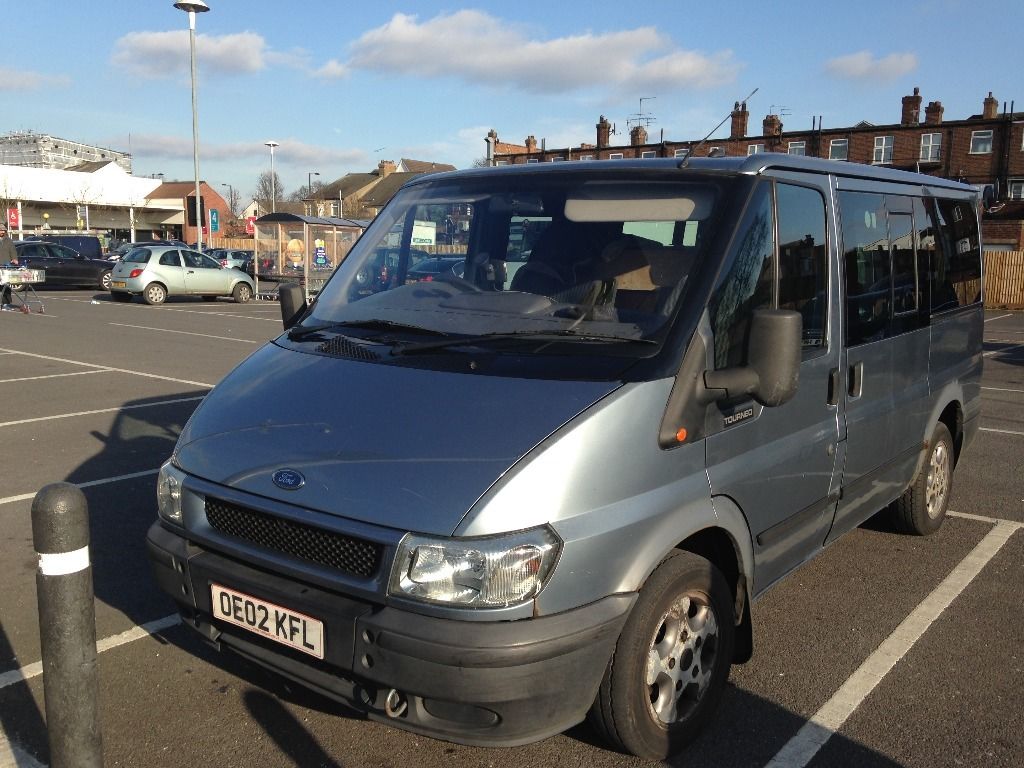 Introduced as part of the 1995 redesign of the Transit, the Tourneo is a Transit-based 8 or 9-seat minibus, but over the years has become increasingly better trimmed to the point where it can almost be classified as a large MPV. Featuring back seats and back windows similar to a minivan, the Tourneo is also considered an executive transport vehicle and is often supplied with alloy wheels. Since its introduction, the Tourneo has followed the same development cycle as the Transit; both versions receiveupdates at the same time. A smaller minivan version of the Tourneo was introduced in 2002; branded the Tourneo Connect, it was based on the Transit Connect mini MPV.

We'll send you a quick email when a new Ford Tourneo document is added.

Yes! I'd love to be emailed when a new, high quality document is available for my Ford Tourneo. My email address is: