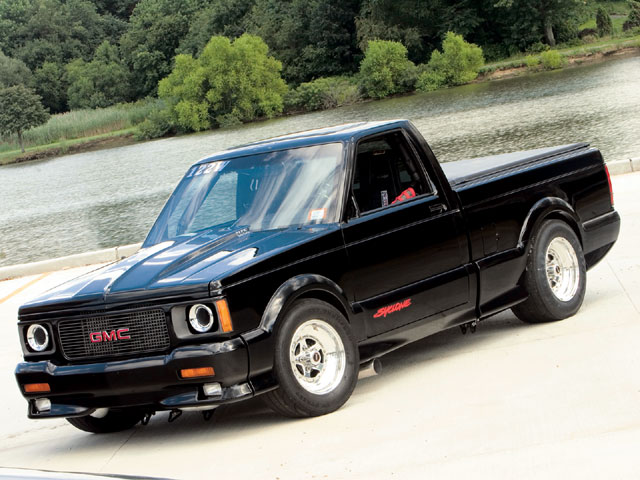 The GMC Syclone is a high-performance version of the GMC Sonoma pickup truck. Produced in 1991, the Syclone spawned the similarly powered 1992-1993 GMC Typhoon SUV. Another vehicle, the GMC Sonoma GT, offered less performance but was seen as a companion model. At the time it was introduced, the Syclone was the quickest stock pickup truck being produced in the world. Featuring a turbocharged 6-cylinder engine, all wheel drive, and 4 wheel anti-lock brakes, the specifications had more in common with a Porsche than most other pickup trucks. In total, 2,995 units were produced.

We'll send you a quick email when a new GMC Syclone document is added.

Yes! I'd love to be emailed when a new, high quality document is available for my GMC Syclone. My email address is: