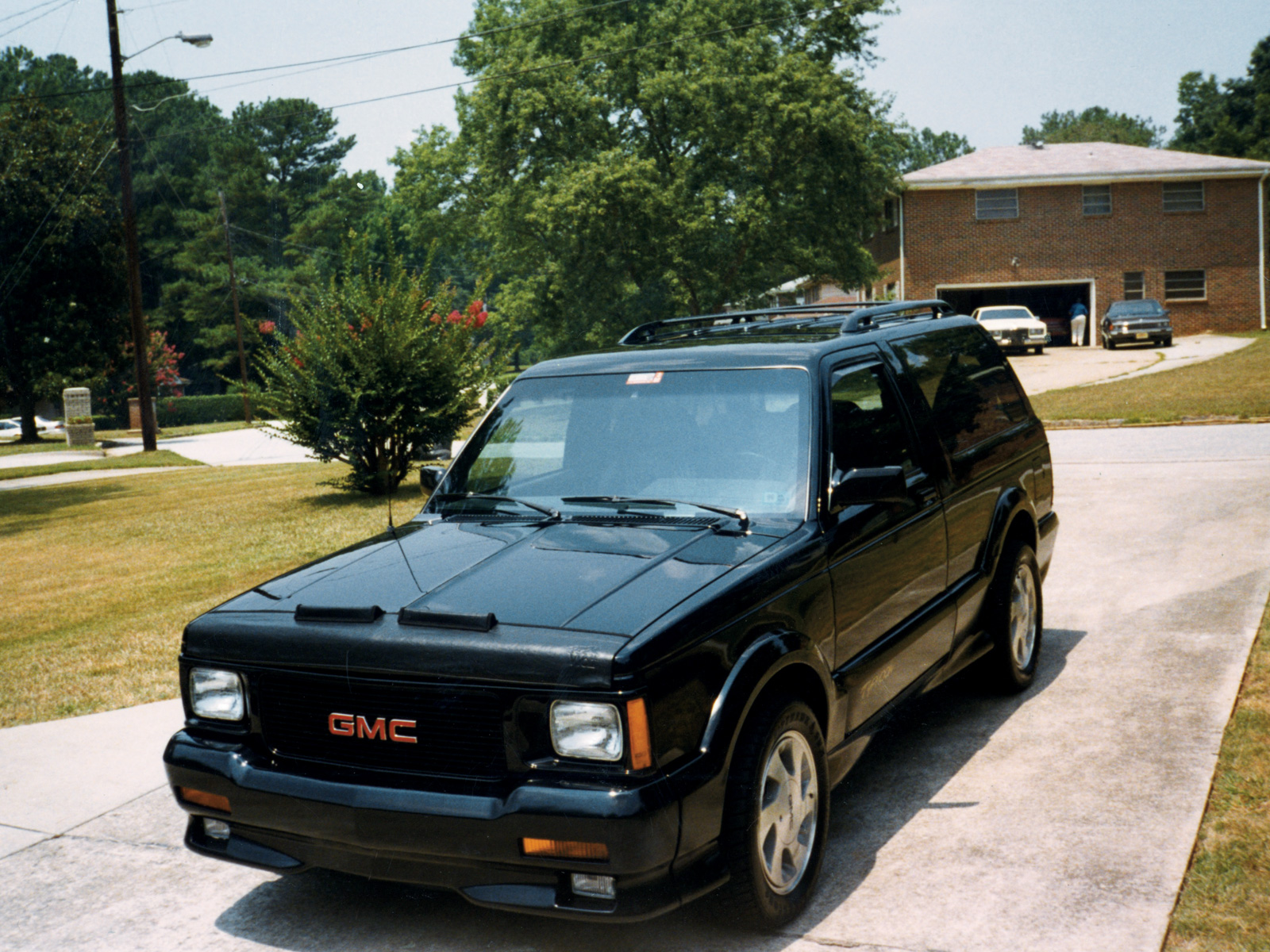 The GMC Typhoon is a high-performance version of the GMC Jimmy SUV. Produced in 1992 and 1993, the Typhoon was based on the 1991 GMC Jimmy SUV. All Syclones and Typhoons had a 4L60 4-speed automatic transmission. The Typhoon was capable of accelerating from 0-60 mph in 5.3 seconds and could do a quarter-mile run in 14.1 seconds at 95 mph (153 km/h). Aside from a handful of prototypes, only 4,697 Typhoons were built by GMC: 2,497 in 1992, and 2,200 in 1993. Unlike regular production Syclones, Typhoons were offered in various color configurations that differed by year, with black/black being the most common.

We'll send you a quick email when a new GMC Typhoon document is added.

Yes! I'd love to be emailed when a new, high quality document is available for my GMC Typhoon. My email address is: