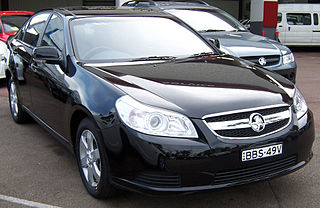 GM Holden Ltd, commonly designated Holden, is an Australian automaker that operates in Australasia and is headquartered in Port Melbourne, Victoria. The Holden Captiva is a crossover SUV produced since 2006 by the General Motors South Korean division, GM Daewoo, now known as GM Korea. Sold under the Holden name for the Australian and New Zealand markets, the Holden Captiva range comprises two similar vehicles, the Opel Antara and the Chevrolet Captiva, both of which are sold alongside each other.

We'll send you a quick email when a new Honda Accord Coupe document is added.

Yes! I'd love to be emailed when a new, high quality document is available for my Honda Accord Coupe. My email address is: