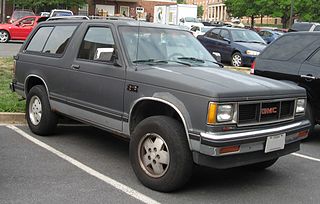 The Chevrolet and GMC G-Series vans were made by General Motors for North America. They are in the same vehicle class as the Ford Econoline van and the now discontinued Dodge Ram Van. The first Chevrolet van was released in 1961 on the Corvair platform, and the latest Chevrolet van in production is the Chevrolet Express. In 1966, General Motors developed the concept vehicle Electrovan, based on the GMC Handi-Van. The vehicle used a Union Carbide cryogenic fuel cell to power a 115-horsepower electric motor. It never went into production due to cost issues and safety concerns.

We'll send you a quick email when a new Honda Civic Hatchback document is added.

Yes! I'd love to be emailed when a new, high quality document is available for my Honda Civic Hatchback. My email address is: