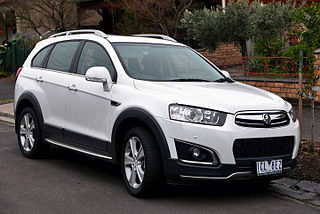 The Holden Barina is a subcompact automobile sold since 1985 by Holden, the Australian arm of General Motors (GM). Each of the six generations have been badge-engineered versions of various General Motors vehicles, namely Suzuki Cultus, Opel Corsa, and Daewoo Kalos. It was produced in six generations, in various trim styles. Vehicle is still in production. In the Used Car Safety Ratings undertaken by the Monash University Accident Research Centre, published in 2008, found that the first generation Barina provides a "significantly worse than average" level of occupant safety protection in the event of an accident.

We'll send you a quick email when a new Honda Civic Hybrid document is added.

Yes! I'd love to be emailed when a new, high quality document is available for my Honda Civic Hybrid. My email address is: