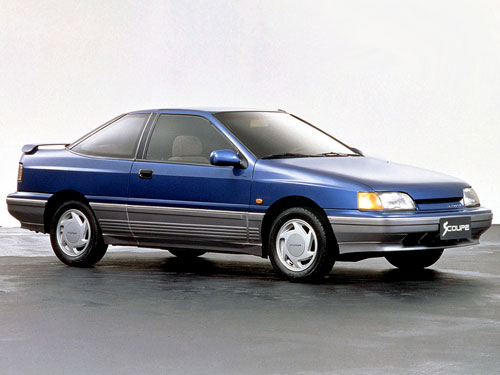 The Hyundai Scoupe was a 2-door coupé based on the Hyundai Excel. The name, a portmanteau of "sporty" and "coupe," was pronounced "scoop". In the UK and other countries it is known as an "S Coupé". It was sold in the United States from December of 1988 through 1995. An 81 horsepower, 1.5l Mitsubishi sourced I4 engine provided power to the front wheels via a 5-speed manual or 4-speed automatic transmission. The Scoupe GT was Hyundai's first attempt at a sports car and featured South Korea's first domestically designed engine with a cast-iron block and crankshaft.

We'll send you a quick email when a new Hyundai S-Coupe document is added.

Yes! I'd love to be emailed when a new, high quality document is available for my Hyundai S-Coupe. My email address is: