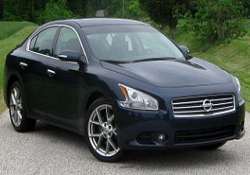 The Nissan Stagea commonly referred to as the Skyline wagon (because it shares many mechanical parts as the R33 Nissan Skyline and Nissan Laurel) is a station wagon originally produced by Nissan in 1996 as direct competition for the Subaru Legacy Touring wagon in Japan, and it was exclusive to Nissan Prince Store Japanese dealerships. There are 3 different versions of the Stagea, WC34 Series 1 (1996 to late 1998), WC34 Series 2 (late 1998 to 2001) and the M35 Series (2001 to 2007).

We'll send you a quick email when a new Hyundai Tiburon document is added.

Yes! I'd love to be emailed when a new, high quality document is available for my Hyundai Tiburon. My email address is: