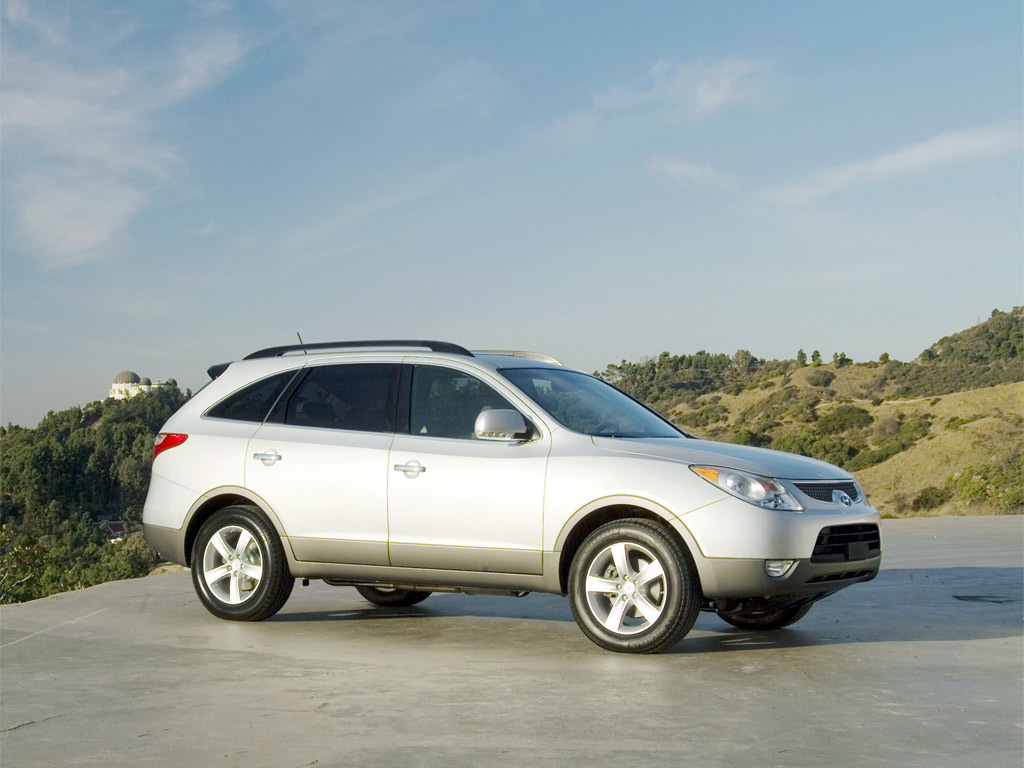 The Hyundai Veracruz was a large five-door four-wheel drive crossover vehicle manufactured by South Korean automaker Hyundai between 2006 and 2012. Also known as the Hyundai ix55 in Europe and Russia, the Veracruz replaced the Hyundai Teraccan and was later replaced in 2013 by the revamped Hyundai Santa Fe. It achieved a five star safety rating from the Insurance Institute for Highway Safety in 2007. The Veracruz was sold in the United States, Canada, South Korea, China, Dominican Republic, Brazil, and the Middle East. It was also imported to Europe and parts of Asia from 2007 to 2011. The Veracruz was discontinued in other countries except South Korea.

We'll send you a quick email when a new Hyundai Veracruz document is added.

Yes! I'd love to be emailed when a new, high quality document is available for my Hyundai Veracruz. My email address is: