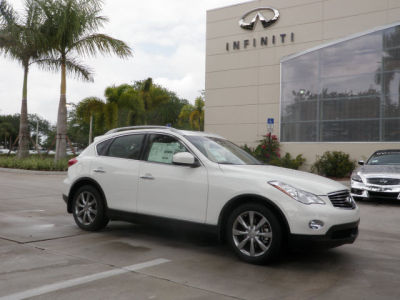 The Infiniti EX is an entry-level luxury crossover. It is based on the same FM platform as the Infiniti G, M, and FX models. The EX is the marque's entry-level crossover and slots below the FX. The Infiniti EX is sold as the EX37 in the European market. It debuted in Fall 2008. Japanese versions are badged as the Nissan Skyline Crossover. It has 3.5L engine and can produce power of 242kW. It is manufactured with 7-speed automatic transmission style.

We'll send you a quick email when a new Infiniti EX37 document is added.

Yes! I'd love to be emailed when a new, high quality document is available for my Infiniti EX37. My email address is: