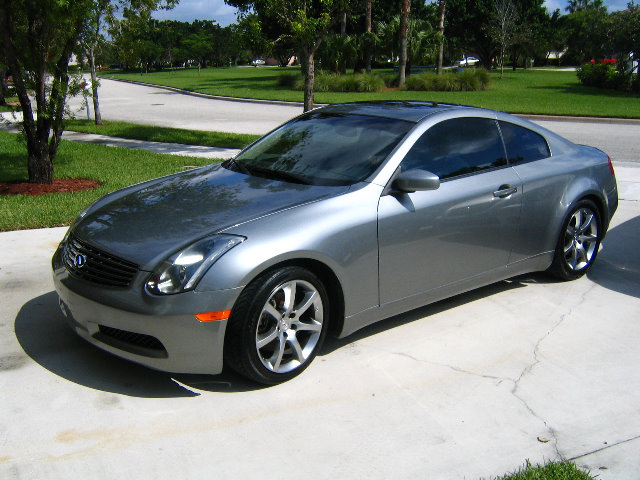 The Infiniti G-series is a line of compact executive/entry-level luxury car that was produced by the Infiniti division of Nissan for the 1990?1996 and 1998?present model years. The G35 is based on the Nissan FM platform shared with the Nissan 350Z coupe and roadster sports car and Infiniti FX crossover SUV. It was built with both manual and automatic transmission styles. The G35 was Motor Trend's Car of the Year for 2003 and has been well received by both the media and customers as a viable alternative to other luxury cars. The G35 was also nominated for the North American Car of the Year award that year and was on the Car and Driver Ten Best list for 2003 and 2004.

We'll send you a quick email when a new Infiniti G35 document is added.

Yes! I'd love to be emailed when a new, high quality document is available for my Infiniti G35. My email address is: