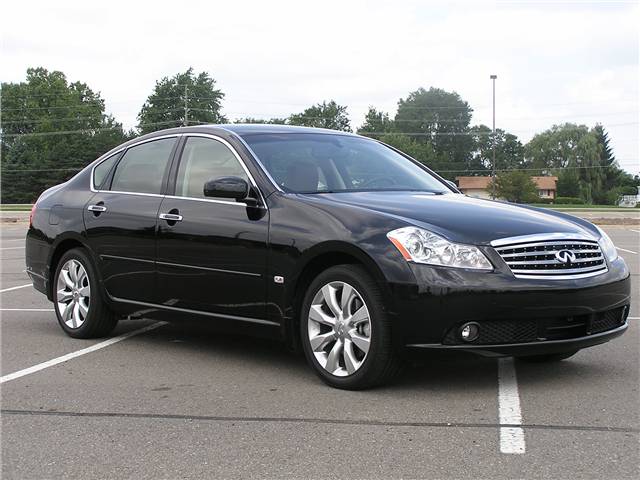 The "M" nameplate has been used on various mid-luxury cars from the Infiniti luxury division of Nissan. The Infiniti M35 to be sold as the Nissan Fuga Hybrid in Japan where it is the top performance trim there, will introduce Nissan's first in-house developed electric hybrid technology, and the carmaker claims it will double the fuel economy of its gasoline-powered version. Reviewers have considered the 2012 Infiniti M35h, along with the 2011 Porsche Panamera S Hybrid which also debuted in the same calendar year, as among the best executed hybrid performance luxury cars. On August 23, 2011, the Infiniti M35h set an official Guinness world record for the world's fastest accelerating production full hybrid.

We'll send you a quick email when a new Infiniti M35 document is added.

Yes! I'd love to be emailed when a new, high quality document is available for my Infiniti M35. My email address is: