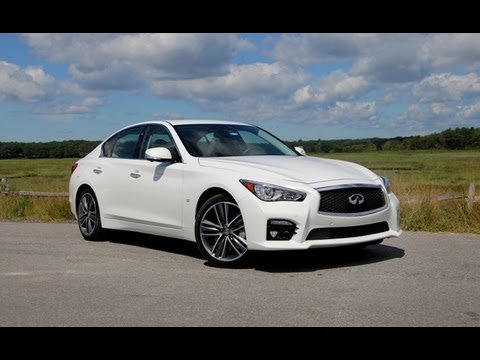 The Infiniti Q50 is a compact executive sedan that replaced the Infiniti G sedan, manufactured by Nissan's Infiniti luxury brand. The new model debuted at the 2013 North American International Auto Show and went on sale in North America in the third quarter 2013 and in Europe in fourth quarter 2013. A hybrid version is available.The design of the Q50 continues to follow the design first shown by the 2009 Infiniti Essence concept and the production 2011 Infiniti M. The Q50 is also the first instance of a hybrid model in Infiniti's entry-level model.

We'll send you a quick email when a new Infiniti Q50 document is added.

Yes! I'd love to be emailed when a new, high quality document is available for my Infiniti Q50. My email address is: