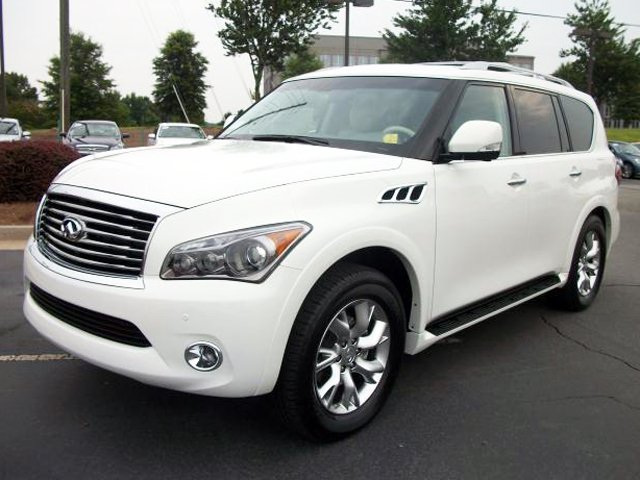 The Infiniti QX56 is a full-size luxury SUV built by Nissan's Infiniti division. The naming convention originally adhered to the current trend of using a numeric designation derived from the engine's displacement, thus "QX56" since the car has a 5.6 liter engine. From the 2014 model year, the car was renamed the QX80, as part of Infiniti's model name rebranding. The new name carries no meaning beyond suggesting that the vehicle is larger than smaller models such as the QX60.

We'll send you a quick email when a new Infiniti QX56 document is added.

Yes! I'd love to be emailed when a new, high quality document is available for my Infiniti QX56. My email address is: