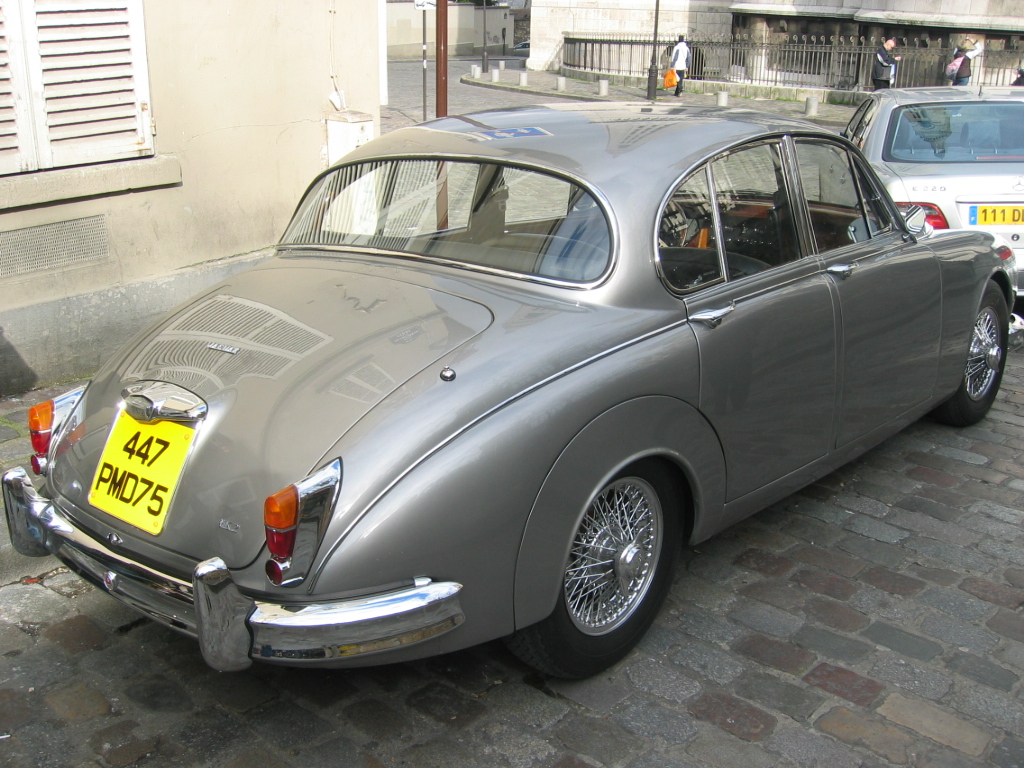 The Jaguar Mark 2 is a medium-sized saloon car built from late 1959 to 1967 by Jaguar in Coventry, England. Until the XJ, Jaguar's postwar saloons were usually denoted by Roman Numerals (e.g. Mark VII, Mark VIII) while the Mark 2 used Arabic Numerals, denoted on the rear of the car as "MK 2". Compared to the Mark 1, appearance of the car was transformed by an increase of 18% in cabin glass area greatly improving vision. The car was re-engineered above the waistline, slender front pillars allowed a wider windscreen and the rear window almost wrapped around to the enlarged side windows. 83,976 units were produced between 1959 and 1967.

We'll send you a quick email when a new Jaguar MK II document is added.

Yes! I'd love to be emailed when a new, high quality document is available for my Jaguar MK II. My email address is: