It is not that often that one car type is associated with a certain brand, so it tells a lot about that brand when it happens. Being an original 4x4 vehicle that dates back to World War Two, Jeep is one of those manufacturers. In some parts of the world, people have a habit of using this name as a generic term for all off-road vehicles. With robust chassis and capable all-wheel drive systems, it has been a synonym for an unstoppable and dependable off-roader.

Still, introduction and storming success of Sport Utility Vehicles and crossovers towards the end of the millennium showed that buyers were looking for more than rugged terrain capabilities. This new breed provided decent off-road potential while keeping a car-like behavior when on the road. Thanks to this unique blend of driving characteristics, SUVs became an instant hit among car owners who spent most of their time on paved roads, but still venture off-road from time to time. This also meant that Jeep needed an updated model lineup that would help keep up with current trends. One of the first cars of this kind was the Jeep Liberty.

Going under a code name KJ, the first generation Jeep Liberty replaced trusted, but aging Cherokee in 2002. Using a name different from the predecessor stressed out the start of a new off-roading chapter, although the cars outside the US market kept Cherokee name. Bringing in many innovations and updates its main goal was to give the aggressive competition of sporty SUVs a run for their money. 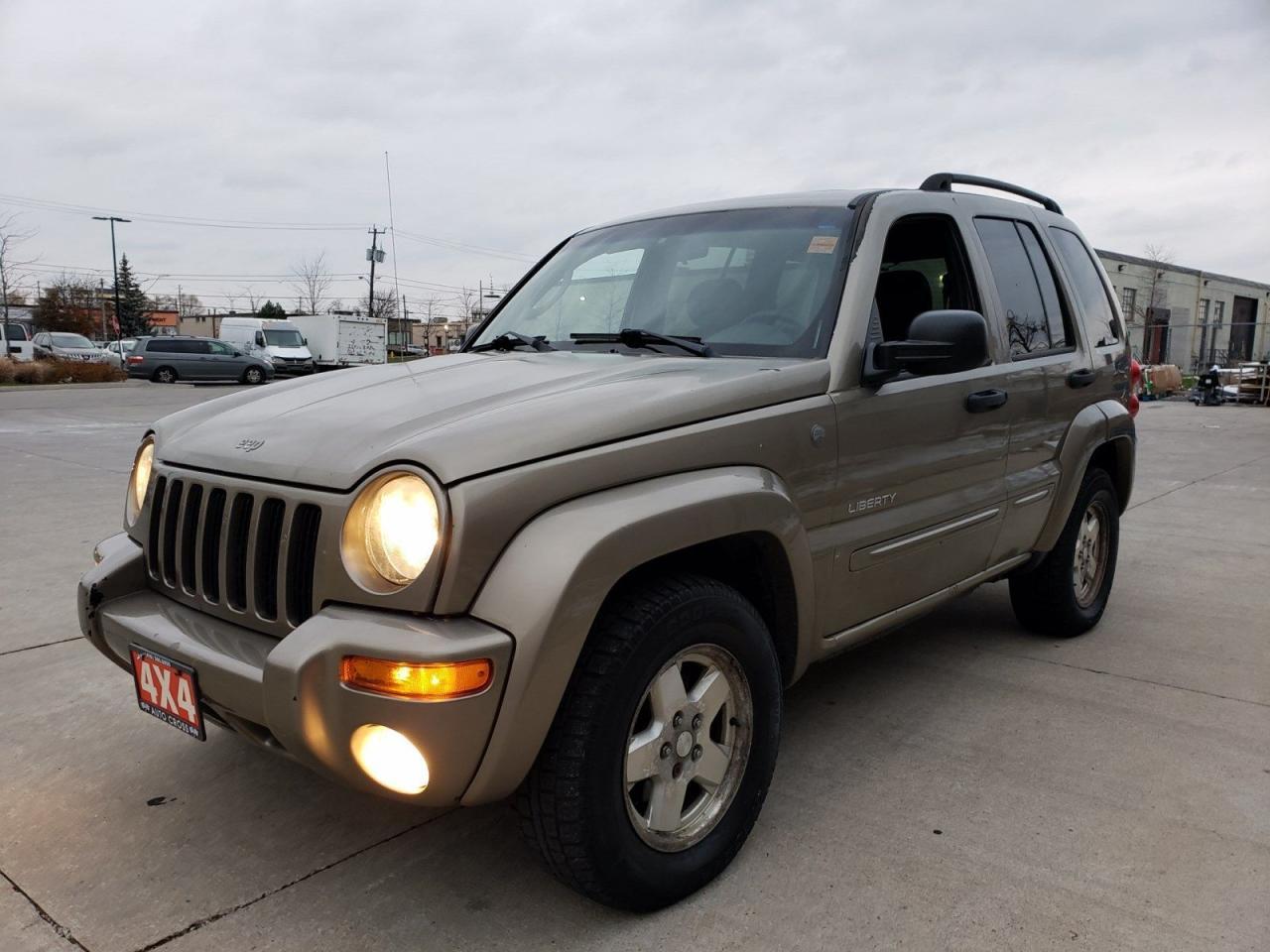 The outer design, drawing inspiration from Jeepster and Dakar concepts, featured more rounded body lines. Big, round headlights placed at prominent spots and characteristic vertical grill gave it an appearance similar to the legendary Wrangler. This was further highlighted with bulky, box-like fender flares and a tailgate mounted spare wheel. Despite these retro-styled details, the overall shape of the car was in touch with design trends of that time. While Cherokee offered two and four-door variants, Liberty was available only in four-door shapes.

Interior offers plenty of space, with enough headroom for even the tallest persons, thanks to a high roof and low floor line. The only complaint can be with a somewhat sparse legroom in the rear. Seats, available either in a rough fabric or soft leather, are comfortable enough even for longer trips and offer decent support. The dashboard, although having all necessary components and parts, can seem oversimplified and cheap. Still, dash-mounted passenger grab-rail is a practical detail for off-road wandering.

However, the biggest changes and upgrades were hiding under the skin, where Liberty introduced several new features. Unlike older off-road vehicles who used a body-on-frame design, Liberty had a unibody structure, which makes it lighter and more rigid. Together with rack-and-pinion steering and independent front suspension, it significantly improved road handling and comfort. Other important update was the introduction of two PowerTech gasoline engines, one with four cylinders and other in a V6 layout. Liberty was also among the first in its class to offer a modern diesel engine on US market. The CRD badge might suggest the engine being sourced from Mercedes-Benz, as the Jeep was a part of Daimler-Chrysler corporation at that time. However, the unit under the hood came from Italian engine manufacturer called VM Motori. Stil, this was an efficient, durable and well proven engine that offered great towing capability and admirable fuel economy. Transmission choices ranged from 4-speed and 5-speed automatic to a 5-speed or 6-speed manual variants, depending on the engine choice and trim level.

Being a typical Jeep, the new Liberty offered a rugged and capable four-wheel-drive system available in two variants. The first one is a part-time Command-Trac, where the driver uses a lever to select from several transfer case configurations. In the standard 2WD mode, all the power goes to the rear wheels, which improves the fuel economy and reduces stress to the drivetrain. Selecting a 4WD option engages the front axle which increases overall traction and improves handling on slippery surfaces, while an additional low-range option increases torque output and helps scale steep uphills.  Other available system was a full-time Selec-Trac, which offered similar options and benefits as the part-time variant with the addition of an open central case. This allowed front and rear axle to spin at separate speeds, making the all-wheel drive possible on all surfaces and at all times.

Following a satisfactory success of the first generation, Jeep introduced a successor in 2008, codenamed KK. With overall dimensions and general layout remaining almost unchanged, it didn’t seem like a huge step forward. Still, the new car featured updated design solutions and other improvements, making it a subtle evolution of the previous generation. 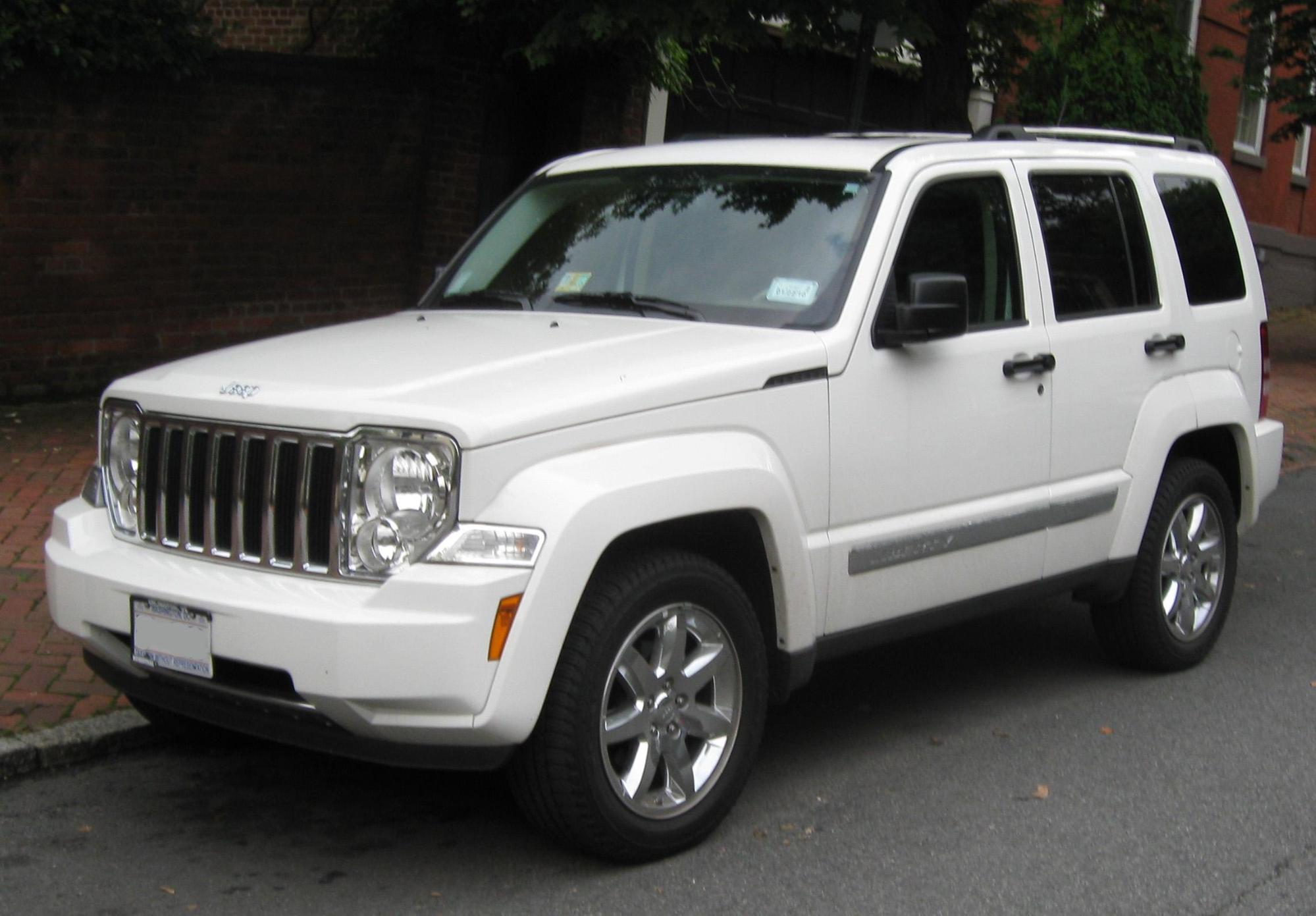 On the outside, the new Liberty received a more muscular appearance. The biggest difference was on the front end, with large rectangular headlights, taller grille and flat hood. Body design featured sharp lines and large surfaces, which gave it a boxy and almost military look. These design tweaks set the image of the new Liberty apart from old, Wrangler inspired styling.

Interior features several updates, aimed at achieving a more upscale look and feel. The dashboard had considerably more features, with a focus on infotainment system and connectivity options. Buttons and knobs had a firm and convincing feel, improving the build quality perception. Also, most materials inside the car were more refined and have a softer appearance.

There were no major changes under the skin. The only available engine, a V6 unit, was the same as in the old Liberty. There was no four-cylinder engines, as newly introduced Patriot aimed at fuel-conscious buyers. Diesel, although available in the rest of the world, didn’t find its way to the US market because of strict emission regulations. The buyers could choose from two transmissions, a 5-speed automatic or 6-speed manual variants. While the four-wheel-drive system remained the same, it used a switch know instead of a lever which made it easier to operate and eliminated the possibility of driver error.

Despite many upsides and continuous improvements, the new Liberty was never a sales hit. Unlike its predecessor, who ended up with 900.000 units sold in 5 years of production, KK Liberty summed up to only 400.000 vehicles in the same period. This was because of several causes. One of them were import manufacturers, which usually offered more agile and better suited vehicles in this class. Other was the in-house competition, brought by Dodge Nitto, which used identical platform, engines and most of the design. Jeep Liberty went out of production during 2012, giving way to new Cherokee.

We'll send you a quick email when a new Jeep Liberty document is added.

Yes! I'd love to be emailed when a new, high quality document is available for my Jeep Liberty. My email address is: