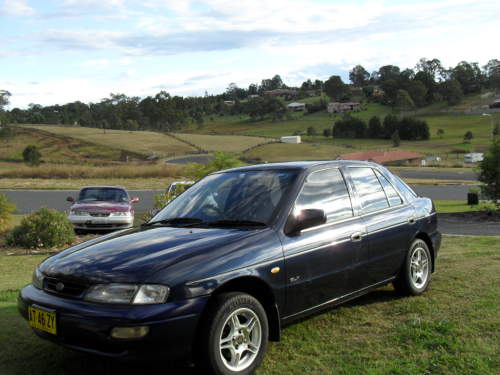 The Kia Mentor is first generation of Kia Sephia. It is a compact car that was manufactured by the South Korean automaker Kia Motors from September 1992 to 1997. In the United States, sales began in 1993 for model year 1994. Engines available were the B-series engines, with the 1.5L rated at 59 kilowatts (79 hp), the 1.6L 78-kilowatt (105 hp), and the famous Mazda 1.8L BP 91-kilowatt (122 hp) from 1994. It was manufactured as a four-door sedan and 5-door hatchback, and built with both automatic and manual transmission styles.

We'll send you a quick email when a new Kia Mentor document is added.

Yes! I'd love to be emailed when a new, high quality document is available for my Kia Mentor. My email address is: