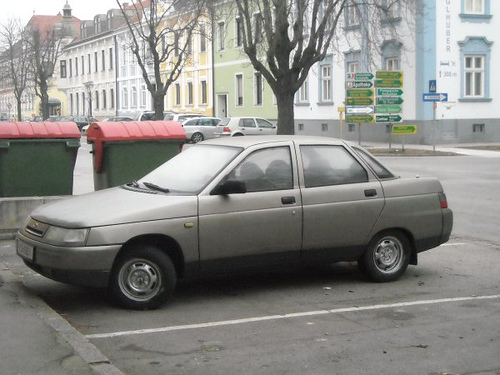 The Lada 110 or VAZ-2110 is a compact car built by Russian automaker AvtoVAZ since 1995. It also spawned two close derivatives: the Lada 111 estate and the Lada 112 hatchback. It was one of the first generation of Lada vehicles produced after the fall of communism, but before foreign investment and partnerships influenced the direction of AvtoVAZ. The 110 featured a 1.6 litre engine producing approximately 90 hp (67 kW). Production began with 8 valve, and subsequently, 16 valve motors. There were three trim level: Standard, Normal, and Luxe. The Lada 110, 111 and 112 were largely restyled in 2007 and relaunched as the Lada Priora.

We'll send you a quick email when a new Lada 2110 document is added.

Yes! I'd love to be emailed when a new, high quality document is available for my Lada 2110. My email address is: