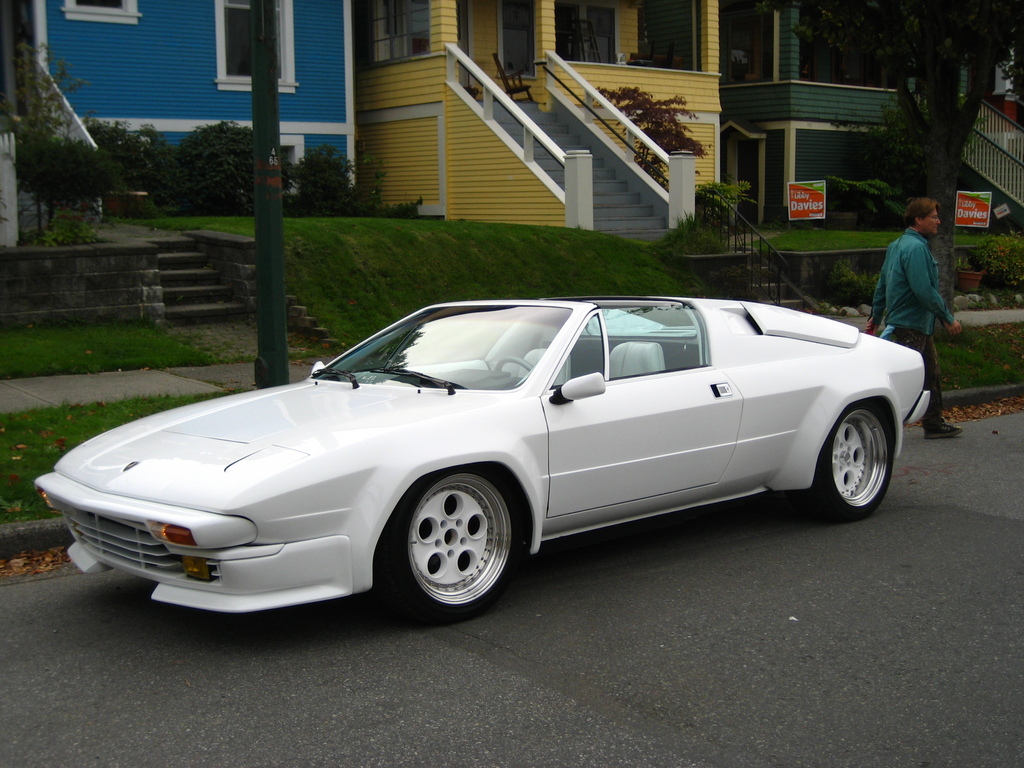 The Lamborghini Jalpa is a sports car produced by the Italian sports car manufacturer Lamborghini from 1981 to 1988. The Jalpa was fitted with a 3.5 L (210 cu in) double overhead camshaft version of the V8 engine used in the Silhouette on which it was based. The version used in the Jalpa produced 255 hp (190 kW; 259 PS) at 7000 rpm. Lamborghini claimed the Jalpa could accelerate from 0 to 62 miles per hour (100 km/h) in 6.0 seconds. Its top speed is 234 km/h. In the 1985 movie Rocky IV, Rocky drives a black Lamborghini Jalpa. A total of 410 cars were built during the Jalpa's seven-year lifetime.

We'll send you a quick email when a new Lamborghini Jalpa document is added.

Yes! I'd love to be emailed when a new, high quality document is available for my Lamborghini Jalpa. My email address is: