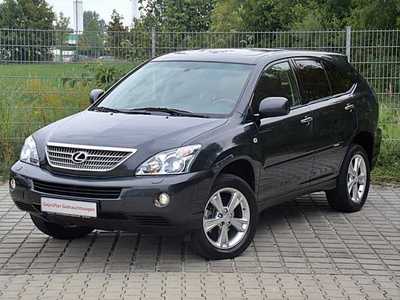 The Lexus RX is a mid-size luxury crossover SUV sold since 1998 by Lexus, the luxury division of Toyota. Originally released in its home market of Japan in late 1997 as the Toyota Harrier, export sales began in March 1998 as the Lexus RX. Lexus officially launched the RX 400h (MHU38) at the North American International Auto Show in 2004. It was hybridized gasoline-electric version of the 3.3-liter second-generation model was made available as the RX 400h in export markets and as the Harrier Hybrid in Japan.

We'll send you a quick email when a new Lexus RX 400 document is added.

Yes! I'd love to be emailed when a new, high quality document is available for my Lexus RX 400. My email address is: