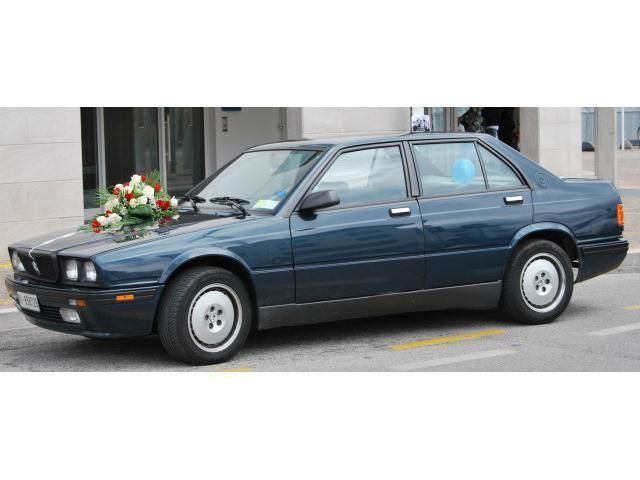 The Maserati Biturbo was a family of luxury sports cars, saloons and grand tourers produced by Maserati between 1981 and 1994. The original Biturbo was a two-door, four-seater notchback coupé. It was featuring, as the name implies, a two-litre V6 engine with two turbochargers and a luxurious interior. This Italian-market only 4.18v model was launched in December 1990. It was very similar to the 422, but used the three-valve per cylinder heads. With 77 examples made it is the rarest in the entire Biturbo family.

We'll send you a quick email when a new Maserati 418 document is added.

Yes! I'd love to be emailed when a new, high quality document is available for my Maserati 418. My email address is: