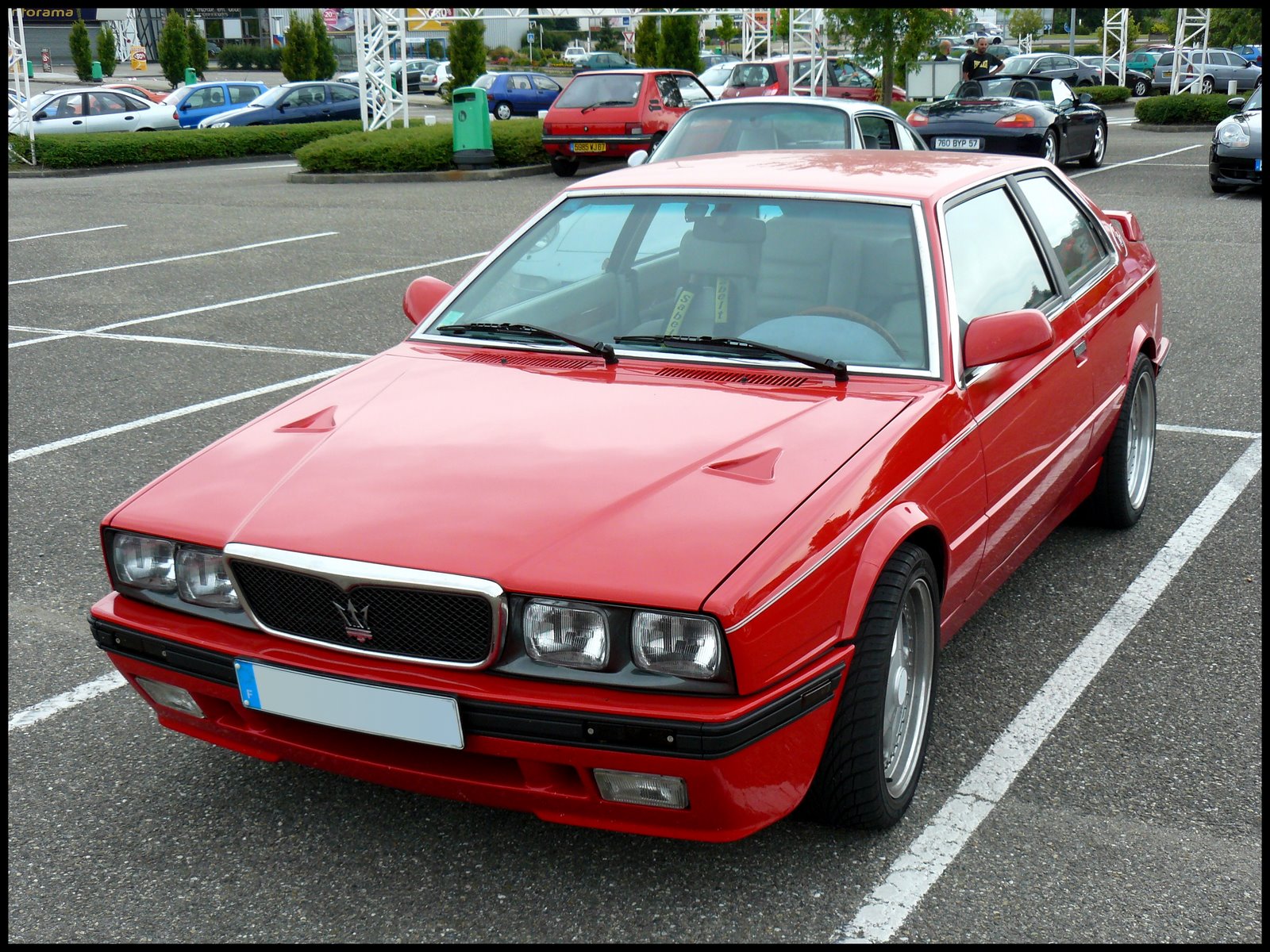 The Maserati Biturbo was a family of luxury sports cars, saloons and grand tourers produced by Maserati between 1981 and 1994. The original Biturbo was a two-door, four-seater notchback coupé featuring, as the name implies, a two-litre V6 engine with two turbochargers and a luxurious interior. The car was designed by Pierangelo Andreani, an engineer from the De Tomaso team. All Maserati models introduced from the Biturbo's inception in 1981 until 1997 were based on the original Biturbo architecture. Among them the coupés as the 2.24v. and the Racing, saloons as the 420, 425 and 430, the convertible Spyder, the Karif, the 228, the later grand tourers like Shamal and Ghibli II, as well as the Maserati Barchetta which used an ultimate version of the biturbo V6 engine.

We'll send you a quick email when a new Maserati Biturbo document is added.

Yes! I'd love to be emailed when a new, high quality document is available for my Maserati Biturbo. My email address is: