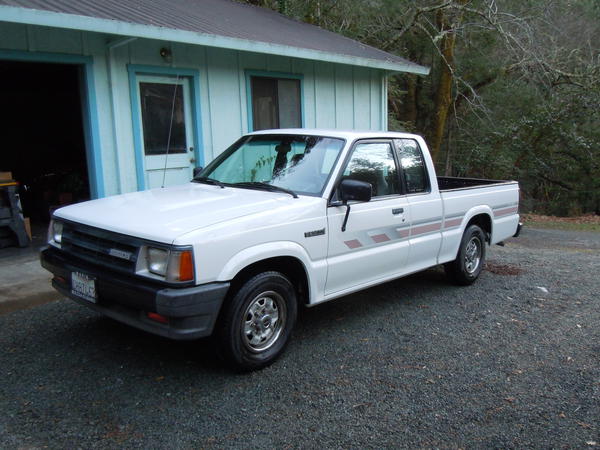 The Mazda B-Series is a pickup truck, first manufactured in 1961 by Mazda Motor Corporation. Since the launch of the B-Series, Mazda has used the engine displacement to determine each model's name; the B1500 had a 1.5 L engine and the B2600 had a 2.6 L engine. The Mazda B-Series bonnet truck was introduced in Japan in August 1961 as the B1500 (BUA61). It had a 1484 cc OHV water-cooled engine with wet sleeve cylinders which produced 60 PS (44 kW; 59 hp), and a one-ton payload. Fifth generation was produced from 1998 until 2006. It had a 2.6-liter inline-four engine, four-wheel-drive model and an entry level model with a 2.2-liter inline-four with rear-wheel-drive.

We'll send you a quick email when a new Mazda B series document is added.

Yes! I'd love to be emailed when a new, high quality document is available for my Mazda B series. My email address is: