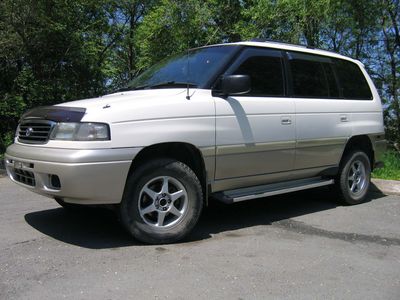 The Mazda MPV (Multi-Purpose Vehicle) is a minivan manufactured by Mazda. Introduced in 1989 as a rear-wheel-drive model with optional selectable four-wheel drive, it was replaced in 2000 with a front-wheel-drive-only version. In 2008, a facelifted version was introduced. External modifications include a new front bumper with new foglights. A five-speed automatic transaxle replaced the four-speed unit used in NA FWD models. Six-speed Automatics remained in the turbo and 4WD models. Over one million MPV models had been produced since its introduction.

We'll send you a quick email when a new Mazda MPV document is added.

Yes! I'd love to be emailed when a new, high quality document is available for my Mazda MPV. My email address is: