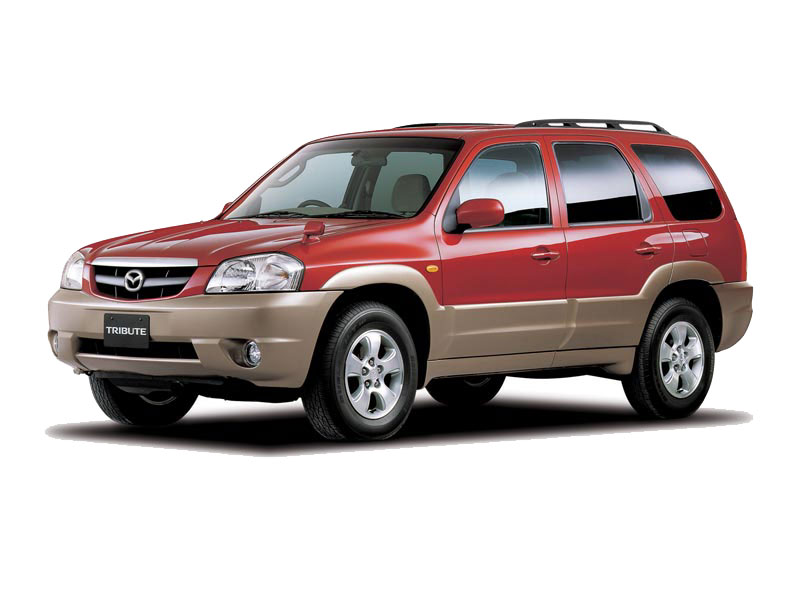 The Mazda Tribute made its debut at the 2000 Los Angeles Auto Show as a compact crossover SUV, a segment pioneered by the Toyota RAV4 in 1994. Its conservative styling resembled and eventually somewhat replaced the Mazda Navajo, a rebadged two-door Ford Explorer which was retired in 1994. The 2001?2006 Mazda Tribute was available as front- or four-wheel drive and featured plain-looking but comfortable roomy interior, decent handling and car-like ride. It was offering front or all wheel drive and a choice of a transversely mounted 2.0 L Ford Zetec 4-cylinder engine with 129 PS or 3.0 L Ford Duratec V6 with 203 PS. Starting from 2006, Mazda stopped selling and producing Tribute in Japan, and replaced it with similar sized CX-7. In 2008 Mazda Australia also discontinued the Tribute.

We'll send you a quick email when a new Mazda Tribute document is added.

Yes! I'd love to be emailed when a new, high quality document is available for my Mazda Tribute. My email address is: