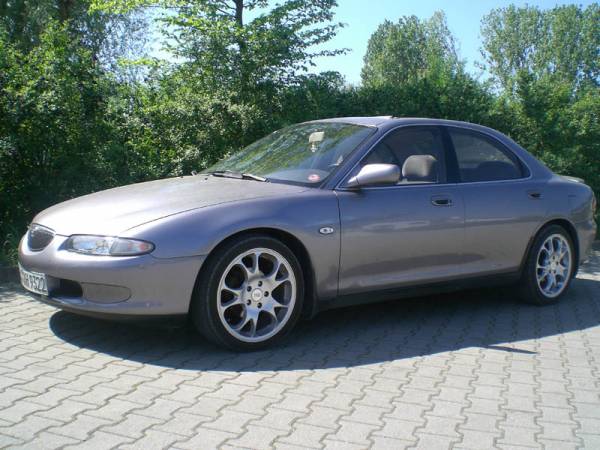 The Mazda Xedos was a range of executive cars launched by Japanese manufacturer Mazda in 1992. The original model was the Mazda Xedos 6, which was similar in size and in engine to the BMW 3 Series. The Xedos 6 has 2 types of engines - 24 valve V6 @ 144 hp named KF and 16 valve L4 @ 107 hp named B6. In 1994, Xedos Mazda renewed the Xedos 6 model with changes in engine ecological standards and body exterior. The Xedos 6 was known as the Eunos 500 in Japan. This vehicle was not sold in the USA and Canada. The total quantity of Xedos 6 and Eunos 500 manufactured is 72101. Production ceased in 2000.

We'll send you a quick email when a new Mazda Xedos document is added.

Yes! I'd love to be emailed when a new, high quality document is available for my Mazda Xedos. My email address is: