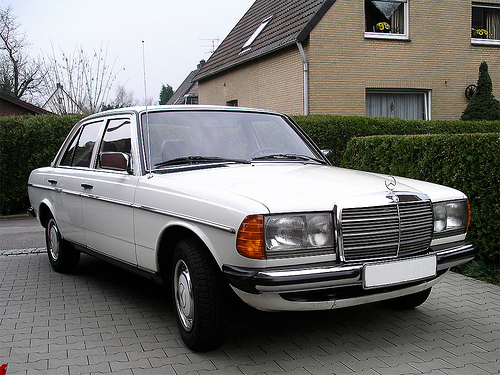 W123 is the internal chassis-designation Mercedes-Benz used for their executive line of cars, manufactured between 1976 and 1985. The W123 models surpassed their predecessor, the W114 and W115 models, as the most successful Mercedes, selling 2.7 million cars before replacement by the W124 after 1985. From August 1977, long-wheelbase versions (3,425 mm (134.8 in)) were produced. These were available as 7/8 seater saloons with works bodies or as a chassis with complete front body clip, the latter serving as the base for ambulance and hearse bodies by external suppliers like Binz or Miesen. These "Lang" versions could be ordered as 240D, 300D and 250 models.

We'll send you a quick email when a new Mercedes 240 document is added.

Yes! I'd love to be emailed when a new, high quality document is available for my Mercedes 240. My email address is: