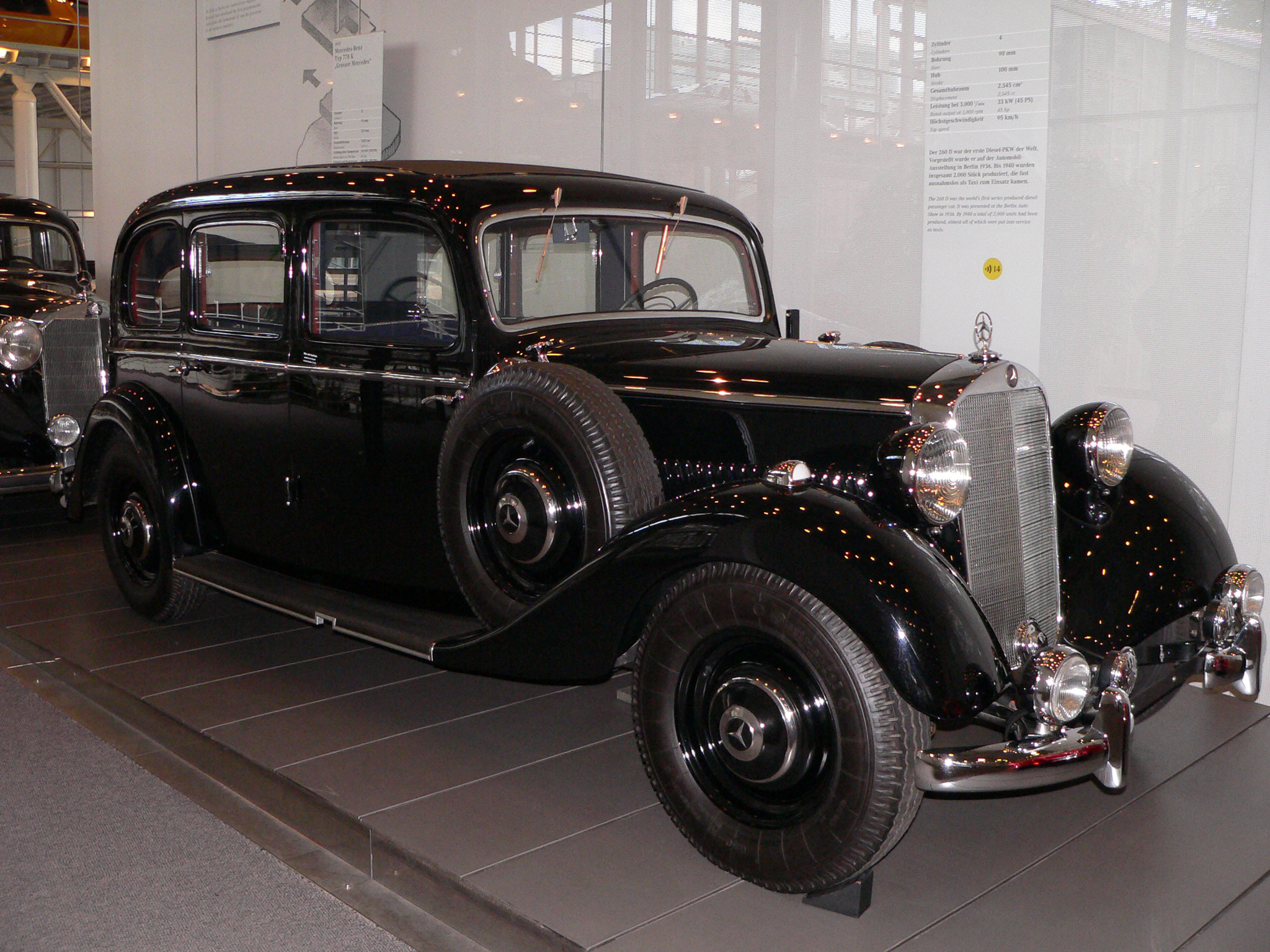 The Mercedes-Benz 260 D, coded Mercedes-Benz W 138 according to internal works designation, was one of the first two diesel engined series produced passenger cars, together with the diesel version of the Hanomag Rekord. Both were introduced at the Berlin Motor Show in February 1936. Nearly 2,000 vehicles were assembled until 1940. 1936 saw the successful installation of a smaller 2545 cc overhead valve, 4-cylinder engine in a Mercedes-Benz 230 (W21) chassis. It employed the Bosch diesel fuel injection system and produced 34 kW at 3000 rpm. The car weighed approximately 1,530 kg (3,373 lb) and could attain a top speed of 95 km/h.

We'll send you a quick email when a new Mercedes 260 document is added.

Yes! I'd love to be emailed when a new, high quality document is available for my Mercedes 260. My email address is: