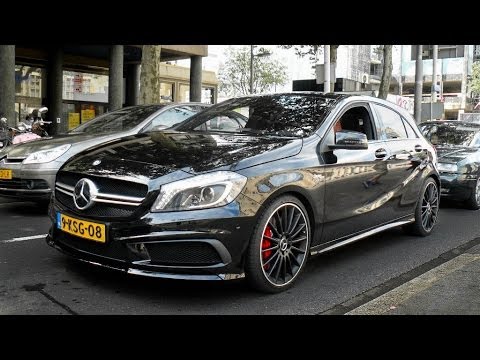 The Mercedes-Benz A-Class is a compact car produced by the German automobile manufacturer Mercedes-Benz. The first generation (W168) was introduced in 1997, the second generation model (W169) appeared in late 2004, and the third generation model (W176) was launched in 2012. The A 45 AMG is a performance version of the A-Class, fitted with a 2.0-litre four-cylinder turbo engine rated 360 PS. The vehicle was originally announced to be unveiled in first quarter of 2013, and was later unveiled in Geneva Motor Show. Sales release date was set to 8 April 2013, with Germany market launch beginning in June 2013.

We'll send you a quick email when a new Mercedes A 45 AMG document is added.

Yes! I'd love to be emailed when a new, high quality document is available for my Mercedes A 45 AMG. My email address is: