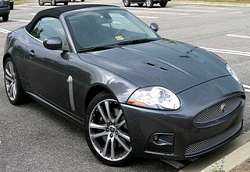 The Jaguar XJ (X300) is a luxury saloon manufactured by Jaguar Cars between 1994 and 1997. It was the first XJ produced entirely under Ford ownership, and can be considered an evolution of the outgoing XJ40 generation. Like all previous XJ generations, it features the Jaguar independent rear suspension arrangement. The design of the X300 placed emphasis on improved build quality, improved reliability, and a return to traditional Jaguar styling elements. To honour Jaguar's achievements, Queen Elizabeth II visited the Browns Lane factory in December 1994, and ordered a British Racing Green X305 Daimler Double Six for her personal use.

We'll send you a quick email when a new Mercedes CL-Class document is added.

Yes! I'd love to be emailed when a new, high quality document is available for my Mercedes CL-Class. My email address is: