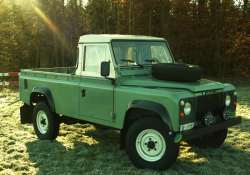 The Jeep Liberty, or Jeep Cherokee (KJ/KK) outside North America, was a compact SUV produced by the Jeep marque of Chrysler from model years 2002?2013. Introduced as a replacement for the Cherokee (XJ), the Liberty was priced between the Wrangler and Grand Cherokee. It was the smallest of the 4-door Jeep SUVs up until the car based 4-door Compass and Patriot arrived for 2007. The Liberty featured unibody-construction. In 2010 estimates by Jeep were that 70% of Liberty buyers were new to the marque. Production of this model ended on August 16, 2012.

We'll send you a quick email when a new Mercedes CLA-Class document is added.

Yes! I'd love to be emailed when a new, high quality document is available for my Mercedes CLA-Class. My email address is: