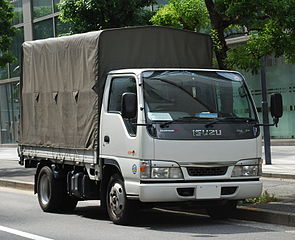 The Isuzu i-Series pickup truck line was launched at the 2005 New York International Auto Show. The i-Series replaces the Isuzu Hombre, which has been out of production since 2000. Like the Hombre, the i-Series shares its platform with the General Motors mid-size pickups. The i-Series will likely be the last new model line sold by Isuzu in the American market as years of falling sales have all but forced Isuzu to stop selling passenger vehicles in the US. i-Series sales have been poor, with just 1,377 sold from the start of production through February 2006 according to Automotive News.

We'll send you a quick email when a new Mercedes CLK-Class document is added.

Yes! I'd love to be emailed when a new, high quality document is available for my Mercedes CLK-Class. My email address is: