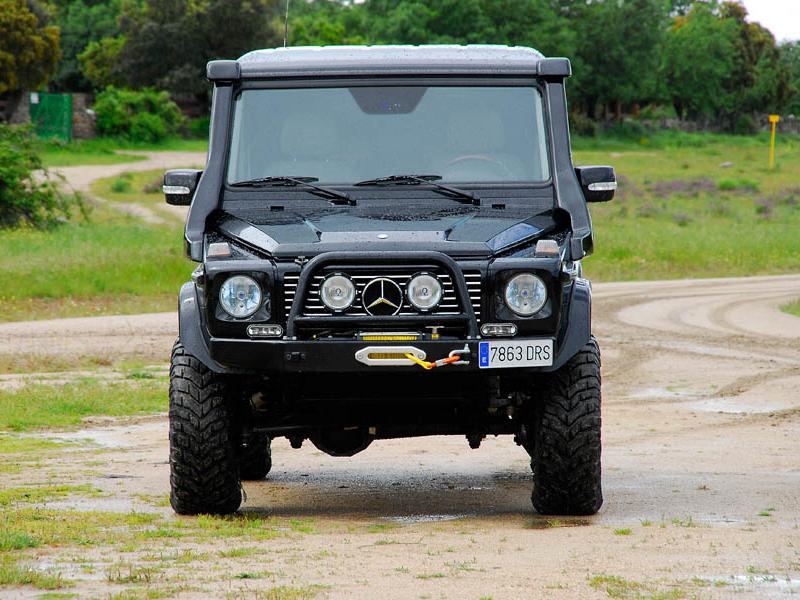 The Mercedes-Benz G-Class, sometimes called G-Wagen is a four-wheel drive luxury SUV manufactured by Steyr-Daimler-Puch (now Magna Steyr) in Austria and sold by Mercedes-Benz. The G-class was developed as a military vehicle. G 400 model was manufactured as a five door stationwagon from 2000 until 2012, three-door stationwagon from 2000 until 2012 and 2-door cabriolet from 2000 until 2012. It is built both diesel and petrol engines, and both manual and automatic transmission styles are available. This car has a top speed listed as 182 km/h and it can reach 0 to 100 km/h in 9.9 seconds.

We'll send you a quick email when a new Mercedes G 400 document is added.

Yes! I'd love to be emailed when a new, high quality document is available for my Mercedes G 400. My email address is: