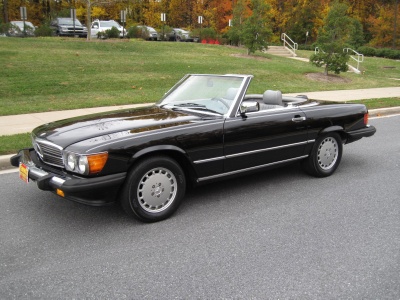 The Mercedes-Benz 560 SL was a grand tourer from Mercedes between 1986 and 1989. Based on the R10 7 platform, the 560 SL was only sold in the USA, Canada, Japan, and Australia. In the 560SL, Mercedes got it all just right, offering essentially bullet-proof reliability, satisfying power, and aggressive good looks. The 560SL combined all that Mercedes learned about the V-8 R107 chassis cars into a cultural icon that quietly and confidently told the world its occupants had "arrived?. Standard equipment included driver's side airbag and ABS brakes. Interior improvements for the 560SL included lovely burlwood accents, improved lateral seatback support, and a power passenger side mirror. The steering wheel, however, was still fixed and seat adjustments were still carried out manually.

We'll send you a quick email when a new Mercedes SL 560 document is added.

Yes! I'd love to be emailed when a new, high quality document is available for my Mercedes SL 560. My email address is: