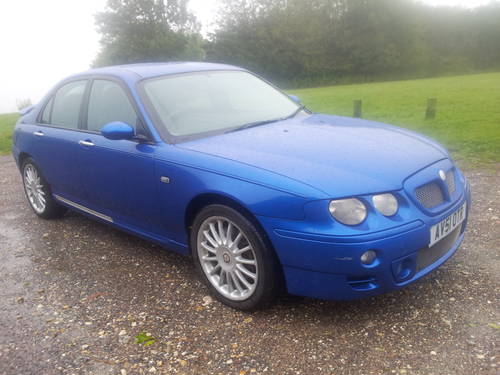 The MG ZT is an MG-branded, sportier version of the Rover 75, an executive car, produced by MG Rover from 2001 to 2005. An estate version, the MG ZT-T, was also available. Styling is similar to the 75, although various modifications - most noticeably the wheels and tyres - make for a far sportier ride. The car was designed by Peter Stevens, designer of the McLaren F1. MG built also a racing version of the V8 MG ZT260 . After the bankruptcy of MG Rover in 2005, this car is now produced by Nanjing Automobile of China under the MG 7 name.

We'll send you a quick email when a new MG ZT document is added.

Yes! I'd love to be emailed when a new, high quality document is available for my MG ZT. My email address is: