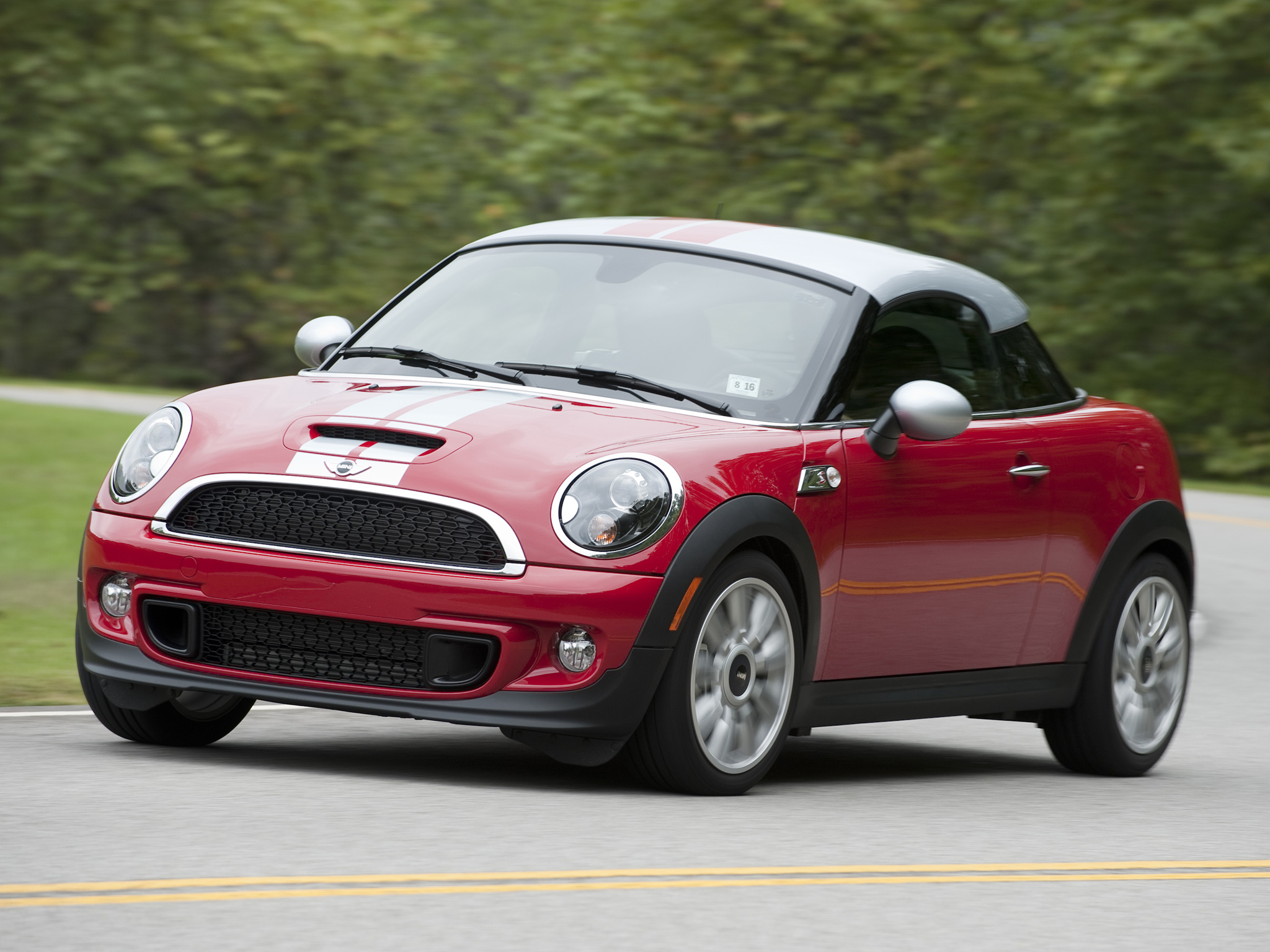 The Mini Coupé and Mini Roadster are two-seater sports cars engineered and manufactured by the German automaker BMW under the Mini marque between 2011 and 2015. The hardtop Coupé was unveiled in June 2011 and formally launched at the Frankfurt Motor Show in September 2011. It is the first two-seater Mini. The range of the Coupé follows a similar pattern to other Mini models; featuring Cooper, Cooper S, Cooper SD and the range-topping John Cooper Works (JCW). The JCW version accelerates from 0 to 62 mph (0 to 100 km/h) in 6.4 seconds and a top speed of 149 mph (240 km/h) thanks to a turbocharged 208 bhp (155 kW; 211 PS) 1,598 cc four-cylinder. The Cooper SD is a 2.0 L turbo diesel producing 141 bhp (105 kW; 143 PS) available in some markets. All are equipped with a six-speed manual gearbox with the option of automatic on all but the JCW.

We'll send you a quick email when a new MINI Cooper S Coupé document is added.

Yes! I'd love to be emailed when a new, high quality document is available for my MINI Cooper S Coupé. My email address is: