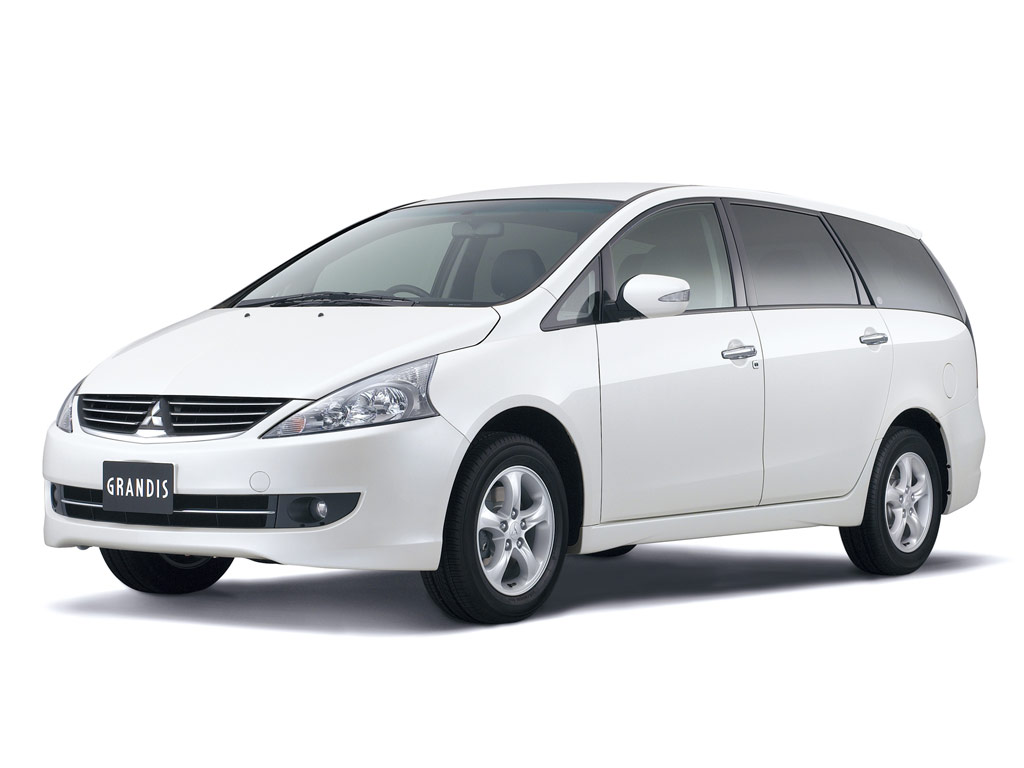 The Mitsubishi Grandis is a seven seat MPV built by Mitsubishi Motors to replace its Chariot/Space Wagon/Nimbus line. It was launched on May 14, 2003 and is sold in Japan, Asia, Europe, Oceania, Mexico, Honduras, Jamaica, and South America. Engines available are a 2.4-litre four-cylinder and a Volkswagen-sourced 2.0-litre turbodiesel(not available in Jamaica), badged DI-D rather than TDI as Volkswagen denotes it. The exterior styling was based loosely on designer Olivier Boulay's earlier Mitsubishi Space Liner, a monobox four-seat concept vehicle with centre-opening "suicide doors", first exhibited at the Tokyo Motor Show in 2001.

We'll send you a quick email when a new Mitsubishi Grandis document is added.

Yes! I'd love to be emailed when a new, high quality document is available for my Mitsubishi Grandis. My email address is: