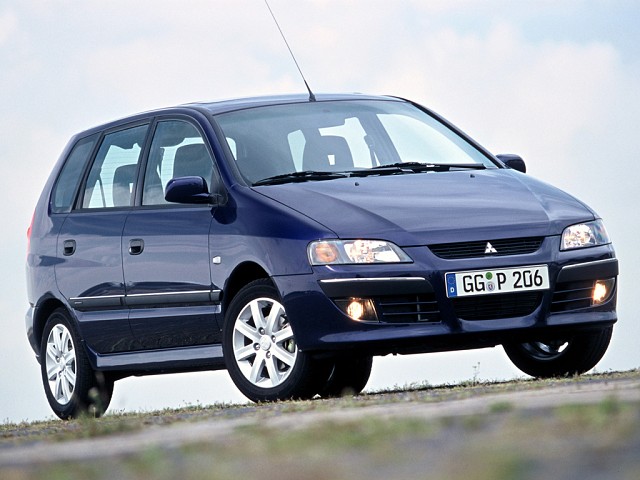 The Mitsubishi Spacestar was a front engine, frontwheel drive, mini Multipurpose vehicle (MPV), with a five-door wagon body style, from Japanese automaker Mitsubishi Motors. It was manufactured primarily at Europa in Netherlands. It was built at the NedCar factory in the Netherlands and was primarily sold in theEuropean markets. Mitsubishi Spacestar shares it platform with Volvo S40 /V40 and Mitsubishi Carisma. Its manufacture started in 1998 and ended in 2005. In 2001, it achieved a three star safety rating from Euro NCAP.

We'll send you a quick email when a new Mitsubishi Space Star document is added.

Yes! I'd love to be emailed when a new, high quality document is available for my Mitsubishi Space Star. My email address is: