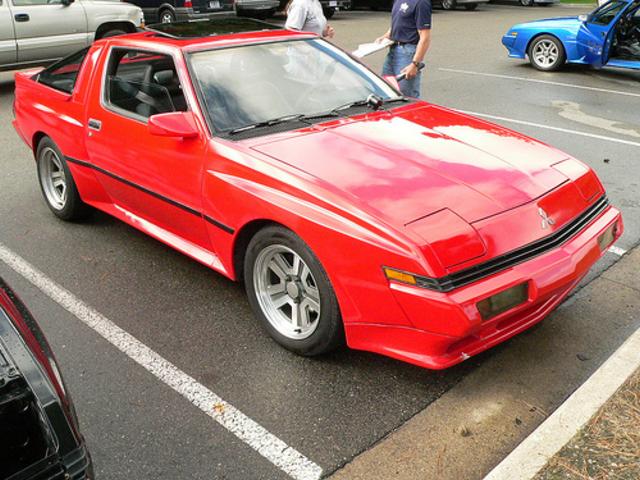 The Starion is a two-door, turbocharged four-cylinder rear-wheel drive four-seat hatchback sports car that was manufactured and marketed by Mitsubishi for model years 1982 to 1991. Rebadged variants were marketed in North America as the Conquest under the Chrysler, Dodge, and Plymouth names. The Starion is one of the first modern Japanese turbocharged performance automobiles to use electronic fuel injection. A five-speed manual transmission was standard in most models, however, an automatic transmission was sold as an option in some markets. Horsepower varied between 150?197 hp (112?147 kW; 152?200 PS) depending mostly upon the turbocharger that was fitted, the presence of an intercooler, and whether the 8-valve or 12-valve head was used.

We'll send you a quick email when a new Mitsubishi Starion document is added.

Yes! I'd love to be emailed when a new, high quality document is available for my Mitsubishi Starion. My email address is: