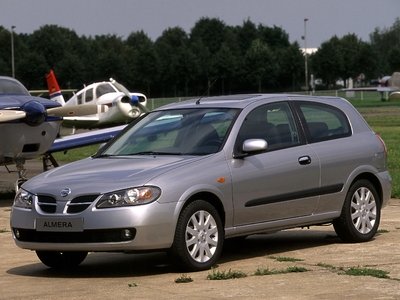 The Nissan Almera was a small family car from Nissan, Japan. It was introduced in 1995, and aimed for the European market, its first generation was derived from the Nissan Pulsar and second generation was derived from the Nissan Bluebird Sylphy. The shape of this car was quite attractive with soft, round edges and a wide body shape. The name is currently also being used for several other versions of the car: the South Korean-manufactured Samsung SM3, in various export markets worldwide; the Nissan Latio, throughout the Southeast Asian markets; the second generation Nissan Bluebird Sylphy in Russia. The name Alméras was a family name of French racing drivers during the 1980s.

We'll send you a quick email when a new Nissan Almera document is added.

Yes! I'd love to be emailed when a new, high quality document is available for my Nissan Almera. My email address is: