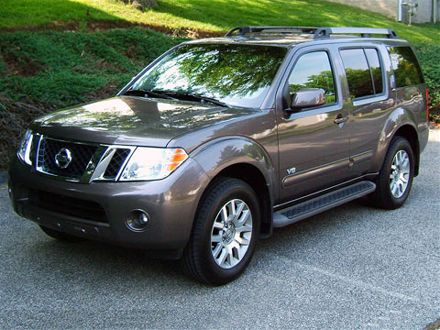 The Nissan Pathfinder, also known as the Nissan Terrano was introduced in 1985 by Japanese auto maker Nissan. Derived from Nissan?s compact pickup truck platform, when launched, it was a SUV, later became a Crossover Utility Vehicle (CUV). The car competes with Toyota's successful 4Runner, which is a midsized SUV, similarly to the Terrano. With four generations and several face-lifts, the car is now much bigger and sleek from the previous generations. The Pathfinder is slotted in size between the Murano and Armada or Patrol, but in price between the Xterra and Murano. The Pathfinder's traditional Japanese competitor is the Toyota 4Runner.

We'll send you a quick email when a new Nissan Pathfinder document is added.

Yes! I'd love to be emailed when a new, high quality document is available for my Nissan Pathfinder. My email address is: