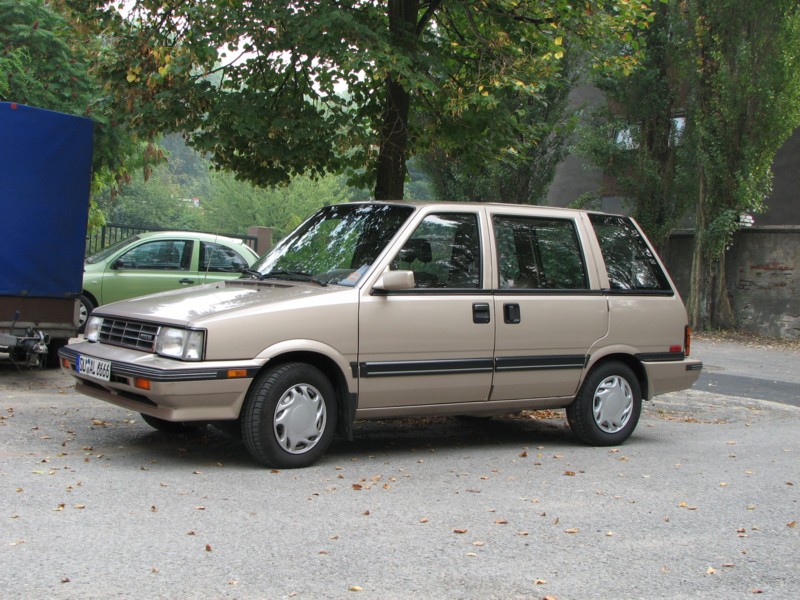 The Nissan Prairie, introduced in Japan in 1981 and Europe in 1982, was a car from Japanese manufacturer Nissan. It was also known as the Multi in Canada and the Stanza Wagon in the United States. It was equipped with a 4 cylinder engine, with either a manual or automatic transmission. Available with front wheel drive or optional four wheel drive, the vehicle had rear passenger sliding doors on both sides of the vehicle, and a folding rear seat, designed to increase the carrying capacity of the passenger compartment. It was originally launched in Japan with a 1.5 L I4 engine mated to a 5 speed gearbox, followed shortly after by a 1.8 L and a 2.0 L engine (certain markets only).

We'll send you a quick email when a new Nissan Prairie document is added.

Yes! I'd love to be emailed when a new, high quality document is available for my Nissan Prairie. My email address is: