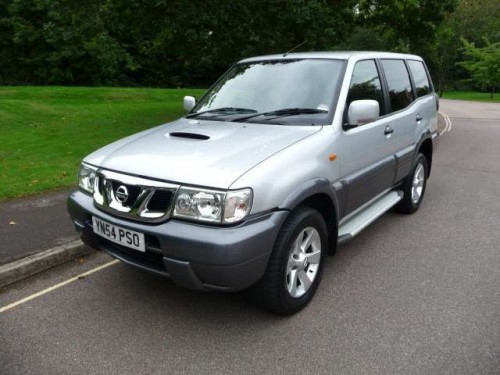 The Nissan Terrano, also known as the Nissan Pathfinder was introduced in 1985 by Japanese auto maker Nissan. Derived from Nissan?s compact pickup truck platform, when launched, it was a SUV, later became a Crossover Utility Vehicle (CUV). The car competes with Toyota's successful 4Runner, which is a midsized SUV, similarly to the Terrano. With four generations and several face-lifts, the car is now much bigger and sleek from the previous generations.The image shown is a stock image of a Nissan Terrano from around 2005.

We'll send you a quick email when a new Nissan Terrano document is added.

Yes! I'd love to be emailed when a new, high quality document is available for my Nissan Terrano. My email address is: