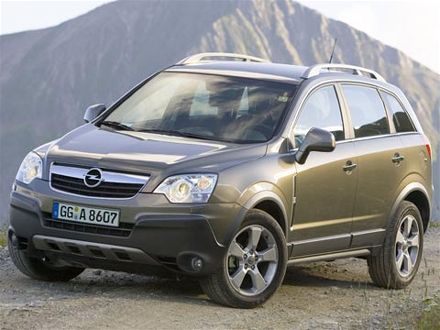 Sold in the United Kingdom as Opel Antara, it is a compact sport utility vehicle that was first produced in 2006. The Antara with only five seats instead of seven is a bit shorter than the Chevrolet Captiva. In Australasia, Antara is badged as Holden Captiva 5, and Saturn Vue in the US and Canada. The Antara was first previewed by the three-door Opel Antara GTC (Gran Turismo Crossover) concept car, presented at the 2005 Frankfurt Motor Show. The Antara GTC is based on the five-seater Chevrolet T2X concept. A similar two-door concept was later displayed at the January 2006 New York International Auto Show as the Saturn PreVue.

We'll send you a quick email when a new Opel Antara document is added.

Yes! I'd love to be emailed when a new, high quality document is available for my Opel Antara. My email address is: