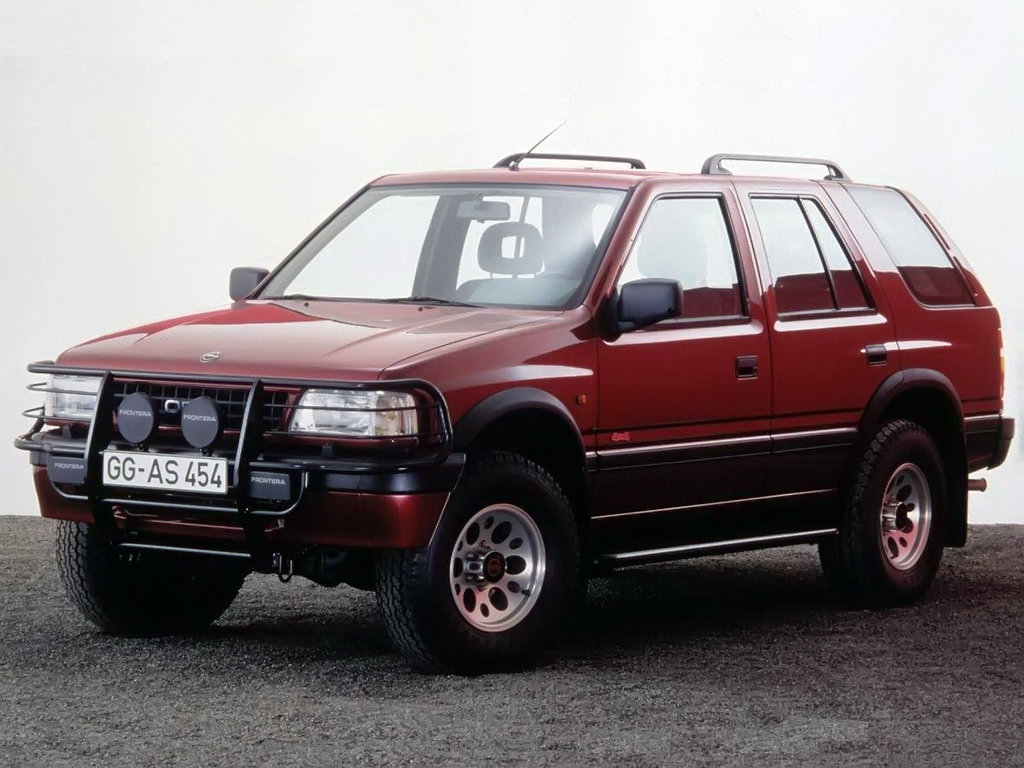 Opel Frontera is a rebadged version of the Isuzu MU Wizard.The acronym "MU" is short for "Mysterious Utility". Isuzu manufactured several variations to the MU and its derivates for sale in other countries. It was originally built in 1989. Frontera is a long wheel base, five-door vehicle. It was known globally, like in North America, in Europe, Australia, and even in Asia. The Frontera has released its second generation in around September of 1997. Until then, its production was stopped in 2004.

We'll send you a quick email when a new Opel Frontera document is added.

Yes! I'd love to be emailed when a new, high quality document is available for my Opel Frontera. My email address is: