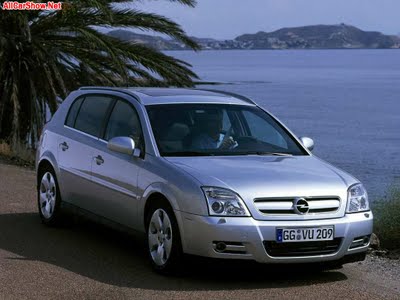 The Opel Signum is family car from the German automaker Opel since 2003 to 2008. It was exclusively sold in the European market as Opel Signum. The Signum was based largely on the Opel Vectra, and it also used the long-wheelbase edition of the GM Epsilon. Signum was based on a unique concept of a very huge hatchback with an almost vertical tailgate. From March 2008, the Vauxhall Signum was no longer listed on Vauxhall's current price list, which implied that RHD production ended, and both the Signum and the Vectra were replaced in October 2008 by the Opel Insignia range.

We'll send you a quick email when a new Opel Signum document is added.

Yes! I'd love to be emailed when a new, high quality document is available for my Opel Signum. My email address is: