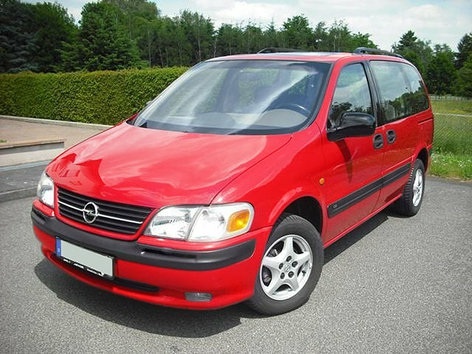 The Opel Sintra was introduced in the market between 1997 and 1999. The Sintra is one of the second generation U-body MPVs, known internally as GMX110 s.The name was chosen by a computer from a list of short, easy to pronounce words and not after the historic Portuguese town of Sintra. The Sintra is specifically based on the short-wheelbase version of the second generation U platform and has the same wheelbase, front and rear track as the short-wheelbase Chevrolet Venture and Pontiac However, this model was proved relatively unreliable and since April 2001 up to now, Sintra is no longer sold anywhere in the UK.

We'll send you a quick email when a new Opel Sintra document is added.

Yes! I'd love to be emailed when a new, high quality document is available for my Opel Sintra. My email address is: