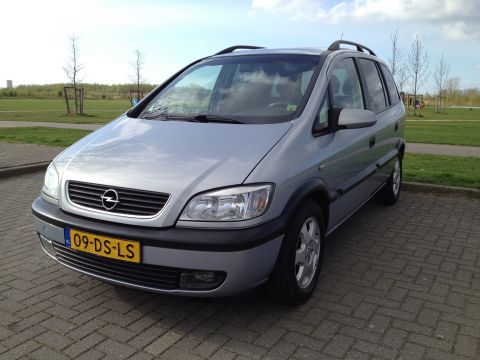 Marketed under the Opel marque in the United Kingdom, Zafira was first produced around 1999 by German automaker. In Chile and Mexico, it is named Chevrolet Zafira, and is known as Opel Zafira in China, Hongkong, South Africa, Taiwan, Singapore, Japan and Europe. Since its appearance, Zafira already has awards like the Best Estate, at the German Car of the Year awards for 2012. The Opel Zafira has seven seats arranged in three rows, the back row of which can be folded into the floor to create more space, individually or together. It was manufactured with both petrol and diesel engines. In October 2001, with 192 PS (141 kW), this was the fastest minivan on sale in Europe.

We'll send you a quick email when a new Opel Zafira document is added.

Yes! I'd love to be emailed when a new, high quality document is available for my Opel Zafira. My email address is: