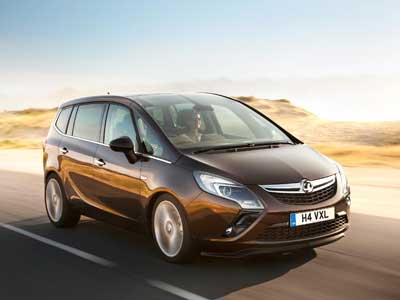 The third generation of the Zafira, called the Zafira Tourer C, was previewed in concept form at the 2011 Geneva Motor Show, as the 'Zafira Tourer Concept'. This car indirectly replaces the Opel Sintra, which was discontinued in 1999. The production version debuted at the 2011 Frankfurt Motor Show in September, and went on sale November 2011. It was manufactured with both petrol and diesel engines, and was built with manual and automatic transmission styles. A natural gas version of the Zafira Tourer was announced in December 2011.

We'll send you a quick email when a new Opel Zafira Tourer document is added.

Yes! I'd love to be emailed when a new, high quality document is available for my Opel Zafira Tourer. My email address is: